David Hess announced on Twitter this weekend that he had been "cured" and cleared for activity, just three months after being diagnosed with a cancerous tumor in his chest.

Hess, 28, went to the emergency room last October after experiencing chest tightness and shortness of breath. Subsequent testing revealed that he had a cancerous germ cell tumor that was "pressing majorly" against his heart and lungs. 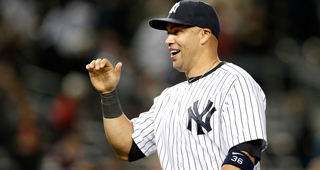 Carlos Beltran has been hired by the YES Network to serve as a game analyst.

Beltran is expected to call 36 games for the New York Yankees' regional network. He played two and a half years for the Yankees from 2014-16.

The 45-year-old retired as a player following the Houston Astros' World Series win in 2017.

The Tampa Bay Rays received calls about Kevin Kiermaier before the lockout, according to a report.

Kiermaier is entering the final guaranteed year of the six-year, $53.5 million extension he signed in March 2017. 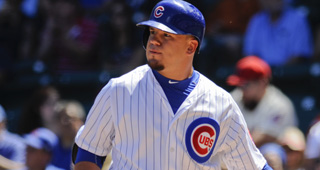 The Colorado Rockies had interest in Kyle Schwarber prior to the lockout, according to a report.

The Rockies are expected to continue pursuing Schwarber once the lockout ends.

Colorado was also linked to Kris Bryant, but it appears unlikely the club would meet the free agent's asking price.

Japanese outfielder Seiya Suzuki, who was submitted to Major League Baseball's posting system earlier this offseason, will not sign with a club until after the league's owner-imposed lockout is lifted.

However, that hasn't stopped rumors from swirling around the Hiroshima Toyo Carp hitter.

According to a report, the San Francisco Giants and Seattle Mariners are the favorites to sign Suzuki.

The Chicago Cubs and San Diego Padres have also been mentioned as suitors.

Jeff Innis has died at age 59 after a long battle with cancer.

The San Francisco Giants have agreed to a Minor League deal with Matt Carasiti.

The right-hander is expected to provide bullpen depth for the club's farm system.

Carasiti, 30, last appeared in the Major Leagues with the Miami Marlins in 2019.

The Kansas City Royals have signed Sam Freeman to a Minor League contract.

Freeman, a left-hander, has appeared in parts of nine Major League seasons.

The Chicago Cubs have agreed to a Minor League deal with reliever Matt Dermody.

The left-hander made a single Major League appearance for the Cubs in 2020, his most recent big-league action.

Dermody spent the 2021 season in Japan.

Major League Baseball will not require Minor League players to be vaccinated against COVID-19 to play in 2022, according to a memo sent to teams this week.

However, the league will mandate on-field staff working with players be "up-to-date" on vaccinations.

The league had considered mandating vaccinations across the Minor Leagues, which it could have done without players' consent because their working conditions are not governed by a collective bargaining agreement like Major Leaguers.

Significant Progress Made In CBA Talks

Kevin Gausman: Giants 'Never Made Me An Offer'