Megill was pulled after five innings and 88 pitches. The bullpen took over from there, with Drew Smith, Joely Rodriguez, Seth Lugo and Edwin Diaz completing the second no-hitter in Mets history. 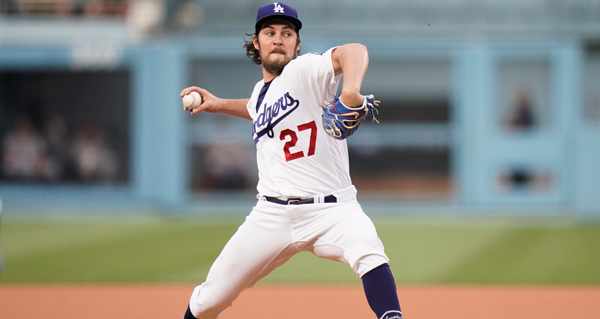 Trevor Bauer has received a 324-game suspension, which will total two full seasons. Bauer was found to be in violation of the MLB's domestic violence policy.

The suspension is without pay and effective immediately.

Bauer joined the Dodgers in February of 2021 on an inventive short-term contract that would pay him up to $85 million over the course of two seasons, but he didn't pitch beyond June 28 of the first year.

Bauer has been alleged by a then-27-year-old woman that he took consensual rough sex too far, alleging that he choked her unconscious on multiple occasions, repeatedly scratched and punched her throughout her body, sodomized her without consent and left her with injuries that warranted a trip to the emergency room.

Bauer and his attorneys, Jon Fetterolf and Rachel Luba, firmly denied the accusations throughout, calling them "fraudulent" and "baseless" in an initial statement.

The petition -- organized by Advocates for Minor Leaguers and submitted to MLB on Thursday -- follows a federal court ruling in March that said minor leaguers are year-round employees.

MLB has argued that minor leaguers are seasonal employees, akin to creative artists, making them exempt from minimum wage laws.

Adalberto Mondesi of the Kansas City Royals may be out for the remainder of the season after he suffered a torn ACL in his left knee.

Mondesi had started 14 of 15 games for the Royals this season.

The 26-year-old, who was batting .140 with five stolen bases in five attempts, suffered the injury on an attempted pickoff play Tuesday night against the Chicago White Sox.

Major League Baseball has suspended Nolan Arenado and Genesis Cabrera for their roles in the benches-clearing brawl between the St. Louis Cardinals and New York Mets on Wednesday at Busch Stadium.

Arenado is appealing his suspension and started Thursday night against the Arizona Diamondbacks, going 2-for-4 in an 8-3 victory. Cabrera served his suspension Thursday.

Jon Jay has announced his retirement from baseball after playing in parts of 12 Major League seasons.

Jay hasn't played since he was released by the Los Angeles Angels in March 2021. He won a World Series championship with the St. Louis Cardinals in 2011.

"As a kid I remember watching SportsCenter highlights and imitating my favorite MLB players," Jay wrote on Instagram.

"It is still surreal to me that I played Major league Baseball. As I officially retire from the game that changed my life, I want to thank everyone who has played a role in getting me here. ... Baseball, you will forever be in my heart."

John Means underwent successful Tommy John surgery on his left elbow Wednesday morning in Dallas, according to the Baltimore Orioles.

The Orioles are hopeful that Means can return in the first half of the 2023 season.

The version is missing three sides, has been trimmed and wields a massive crease across its middle, but it still tallied 75 bids.

"The results from this auction speak to the ever-present and growing demand for Wagner cards -- which transcends the hobby -- in any condition," Brian Dwyer, president of Robert Edward Auctions, said. 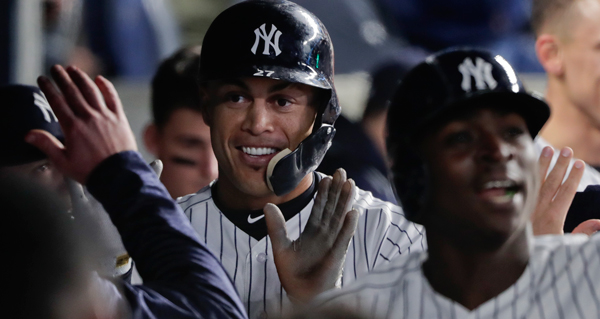 Giancarlo Stanton launched a 417-foot home run on Wednesday, allowing him to become the seventh-fastest player to reach 350 career homers.

"That's pretty cool," Stanton said. "When I began this journey, I didn't know really what to expect or where I'd be or how long I'd be around. So, it's cool for me."

The San Francisco Giants have acquired infielder Kevin Padlo from the Seattle Mariners in exchange for cash.

Seattle had designated Padlo for assignment over the weekend.

Clubs Allowed To Carry 14 Pitchers Through May 29

Trevor Bauer Sues Woman Who Accused Him Of Assault

Michael Conforto Out For 2022 After Shoulder Surgery