Josh Donaldson has apologized to Jackie Robinson's wife and family for using the barrier-breaking Hall of Famer's name in reference to Tim Anderson last week, saying Robinson "was a true American hero" and that he holds his name "in the highest regard."

Donaldson issued his apology as part of a statement released by his agency, MVP Sports, on Thursday, three days after the New York Yankees' third baseman was suspended one game by Major League Baseball for his "inappropriate comments" to Anderson the previous weekend. 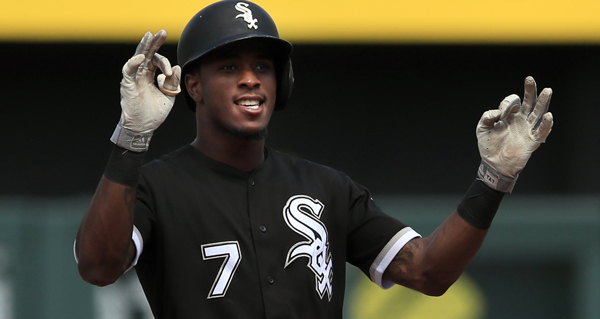 Tim Anderson says there was no inside joke between he and Josh Donaldson regarding Donaldson calling Anderson "Jackie" over the weekend, in reference to Jackie Robinson.

The incident occurred during Saturday's game between the New York Yankees and Chicago White Sox.

"He did say that, and I told him we never have to talk again," Anderson recalled. "I don't speak to you, you don't speak to me, if that's how you want to refer to me. I know, he knew exactly what he was doing because I already told him."

Donaldson said the "Jackie" comment was in reference to a 2019 interview with Sports Illustrated in which Anderson described himself as feeling like "today's Jackie Robinson" in how he's "getting to a point where I need to change the game." Donaldson said it was a reference about which he has "joked around" with Anderson in the past.

Anderson said he hasn't heard from the Yankees or Donaldson, and that's just fine with him.

"I'm not looking for no friendship or relationship from that behalf," he said. "I'm going to keep playing hard and being a great teammate."

Aaron Judge took exception with Josh Donaldson's "Jackie" comment to Tim Anderson of the Chicago White Sox this past weekend.

Donaldson was suspended one game for the incident.

"Joke or not, I just don't think it's the right thing to do there," Judge said.

"JD is a pro," Judge said. "So he talked to us and filled us in on what he was referring to, about I guess a 2019 interview that T.A. did. But still, I just don't think it was the right move at all. But he got a suspension. Time to move on."

Joc Pederson homered three times and had eight RBI in the San Francisco Giants' 13-12 win over the New York Mets on Tuesday night.

Pederson turned the performance in after a pregame chat with Barry Bonds.

"Just getting knowledge from such a good hitter and the way he thinks about baseball and hitting, it just helped to connect some dots to free my mind up at the plate,'' Pederson said. "I'm not ever going to be Barry Bonds; he's the best hitter to touch a bat. But it definitely helped free my mind up in the box."

Pederson was preparing for the game when he and LaMonte Wade, Jr. spent 30 minutes with Bonds in the Giants' clubhouse. Pederson and Bonds chatted again in a private office before Pederson politely excused himself. 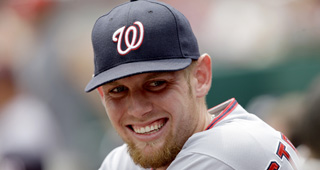 Strasburg has pitched a total of 26 2/3 innings for the Washington Nationals since the start of the 2020 season.

The Philadelphia Phillies have agreed to a one-year, $5.7 million deal with Zach Eflin.

Eflin receives a $5.55 million salary this year, and the deal includes a $15 million mutual option for 2023 with a $150,000 buyout. The right-hander can also earn more through performance bonuses.

The Phillies and Eflin had been scheduled for an arbitration hearing on Wednesday. He had asked for a raise from $4.45 million to $6.9 million and had been offered $5.15 million.

White Sox shortstop Tim Anderson says there was no inside joke between he and New York Yankees third baseman Josh Donaldson regarding Donaldson calling Anderson "Jackie" over the weekend, in reference to Jackie Robinson.

Anderson, speaking publicly on Tuesday for the first time since Major League Baseball punished Donaldson with a one-game suspension, said the two haven't had a relationship since the first time he called him Jackie, back in 2019.

Willson Contreras is open to a long-term deal, but the Chicago Cubs have yet to approach the catcher about an extension.

"We're going to have to go through [an arbitration] hearing, and whatever happens there is going to happen, so it doesn't bother me at all," Contreras said.

Contreras, 30, is set to hit free agency after this season.

The San Francisco Giants were swept by the San Diego Padres this past weekend and lost Brandon Belt to injury, but Gabe Kapler remains optimistic about the club's season.

Belt was placed on the IL with right knee inflammation. He led the club with 29 home runs in 2021.

"It's nice to know that we're still in a good position, even though I think we've faced some significant challenges already this year with our COVID issues to some key players being out for long stretches and not having Brandon Belt available to us regularly," Kapler said.

"Sometimes we feel like those things are disproportionately impacting us, and we've had moments where it has felt that way. ... So to assess that and say that we're still in a really strong position and in good shape is reassuring."

The San Diego Padres have placed Mike Clevinger on the 15-day injured list because of a triceps strain.

The move was made retroactive to Saturday.

Clevinger felt tightness in the area of his right triceps after pitching five scoreless innings last Tuesday against the Philadelphia Phillies. He didn't pitch at all in 2021 after recovering from his second Tommy John surgery.

Bryce Harper Out Of Lineup After Having PRP Injection