Fully vaccinated players and staff no longer have to wear masks in dugouts, bullpens and clubhouses under the latest change to Major League Baseball's coronavirus protocols.

In addition, fully vaccinated players and staff may eat in restaurants without restrictions and attend sporting events as spectators at venues with government approved safety protocols, the league said in a memo this week.

Unvaccinated and partially vaccinated players and staff still must wear masks, but it will not be considered a violation to remove or pull down the mask to briefly eat or drink, before entering or leaving a shower or at the direction of the medical or training staff.

Zac Gallen, who returned to the mound for the Arizona Diamondbacks on Thursday after a stint on the injured list, took a shot at Major League Baseball executive Michael Hill while speaking with the media on Wednesday.

Hill spent close to two decades in the Miami Marlins' front office before becoming MLB's senior vice president of on-field operations prior to this season.

"He was in charge of an organization that was definitely at one point saying, 'Hey, you're going to need these things to help you,'" Gallen said, without saying Hill's name. "... You can read between the lines."

"It is predictable that a player represented by a particular agent would make false accusations about me given my current role and the agent's obvious desire to distract people from the current issues surrounding the use of foreign substances. The assertions, however, are completely false," Hill said.

Gallen is a Scott Boras client and earlier this week Boras called out MLB for abolishing non-rosin foreign substances. "(To) completely abolish gripping agents (other than rosin) creates a major issue as all MLB pitchers were taught (by their respective MLB teams) control of the baseball with the use of gripping substances," Boras wrote.

The Tampa Bay Rays have acquired Mike Ford from the New York Yankees in exchange for $100,000 and a player to be named later.

Ford was designated for assignment Saturday.

The Arizona Diamondbacks made dubious history, setting a modern-era Major League record with their 23rd straight road loss, losing to the San Francisco Giants 10-3 on Thursday.

"It's nothing we're proud of," Torey Lovullo said. "It's been an extended period of time. It weighs on you. It's heavy."

The Diamondbacks have lost 14 in a row overall and 28 of their past 30, falling to 20-50 for the worst record in baseball.

"I lay in bed at night thinking about different things," Lovullo revealed. "Sometimes I'm up until 3, 4 o'clock in the morning trying to put the pieces of this puzzle together in my own head. It's tough. It's very challenging."

The Los Angeles Dodgers fell 2-0 to the Philadelphia Phillies on Wednesday night, marking the first time they've been shut out in a game since 2019.

L.A. entered action on Thursday at 41-27, two games back of the San Francisco Giants in the National League West. 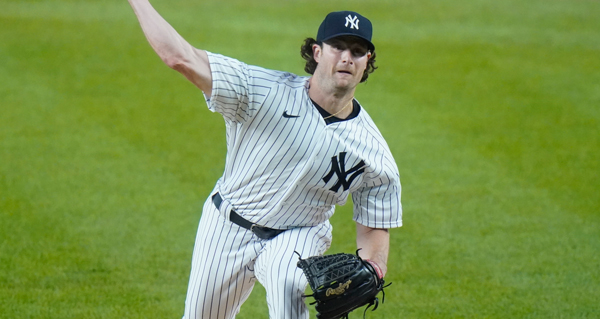 Gerrit Cole called out Major League Baseball in its attempt to regulate foreign substances after struggling to keep a firm hold of the baseball during his start against the Toronto Blue Jays on Wednesday night.

"It's so hard to grip the ball," a frustrated Cole said. "For Pete's sake, it's part of the reason why almost every player on the field has had something, regardless if they're a pitcher or not, to help them control the ball."

This was Cole's first start since Major League Baseball sent a memorandum detailing enhanced enforcement of Official Baseball Rules 3.01 and 6.02(c) and (d), which prohibit applying foreign substances to baseballs. Those foreign substances are frequently used to doctor baseballs for increased spin rates.

Cole added: "We are aligned in a lot of areas with the commissioner's office on this. ... Please, just talk to us, please just work with us. I know you have the hammer here. But we've been living in a gray area for so long. I would just hate to see players get hurt. I would hate to see balls start flying at people's head. I had a really tough time gripping the baseball tonight, especially early when it was windy. I don't really care to be inflammatory here, so I am just going to leave it at that." 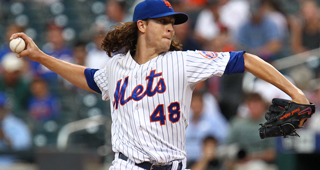 Jacob deGrom will get an MRI on his right shoulder on Thursday after leaving Wednesday's start against the visiting Chicago Cubs because of soreness.

"I felt good warming up, felt really good in the first and second innings, then there in the third my shoulder was sore," deGrom said. "This is getting old. I want to be out there competing instead of coming out of these games with these little [things]."

deGrom, 32, struck out eight of the nine batters he faced over three innings, and he drove in a run with an RBI single in the second inning.

The Arizona Diamondbacks lost 13-7 to the host San Francisco Giants at Oracle Park on Wednesday night.

The Diamondbacks have now lost 22 consecutive road games, tying the 1963 New York Mets and the 1943 Philadelphia Athletics for the longest road losing streak since 1900. 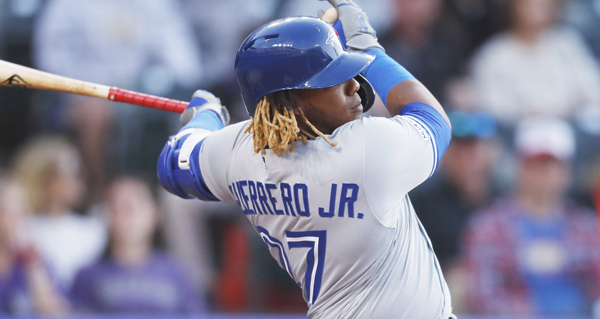 Guerrero said on Tuesday that he hasn't made a final decision, but that he's leaning toward saying yes if the league asks him to partake.

Major League Baseball's crackdown on foreign substances will ramp up on June 21.

"In recognition that the existing on-field enforcement process has not deterred an increasing number of violations, MLB has issued new guidance to Major and Minor League Umpires to serve as a uniform standard for the consistent application of the rules," a press release read, "including regular checks of all pitchers regardless of whether an opposing Club's manager makes a request."

All substances will be punished the same. Pitchers caught using foreign substances, whether Spider Tack, pine tar or a sunscreen mixture, will receive a 10-game suspension.

Aaron Boone: Yankees 'Need To Step It Up'