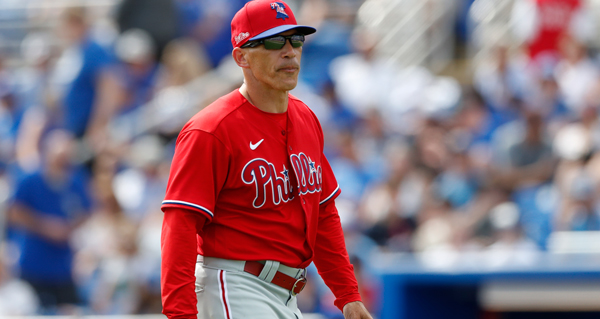 Mike Rizzo believes Joe Girardi was playing games when he spurred the umpires to check Max Scherzer for foreign substances on Tuesday night and embarrassed everyone in the process.

Girardi pointed toward Scherzer in the middle of the fourth inning on Tuesday after the Washington Nationals' ace struck out Alec Bohm and then took off his hat and ran his hand through his hair, which was saturated with sweat.

Scherzer responded by tossing his cap and glove onto the ground, then started to unbuckle his belt, as if to say, "Look at whatever you want." The umpires poked around as Scherzer yelled and gestured to the Philadelphia Phillies dugout.

"He's a con artist ... he's been doing that for years on TV," Rizzo said. He then said he "loves" Girardi and scouted him at Northwestern, saying, "I know him well" and repeating with emphasis, "I know him well."

Rizzo said Girardi's actions were purely "gamesmanship" but that he should have known better than to think he could intimidate Scherzer.