The New York Yankees announced today that they have acquired minor league right-handed pitcher Jhonny Nunez from the Washington Nationals in exchange for infielder Alberto Gonzalez. Nunez, 22, appeared in 26 games (17 starts) combined with Single-A Potomac and Double-A Harrisburg, going 2-8 with a 4.85 ERA (97H, 52R, 48ER, 27BB and 90K) while holding opponents to a .278 batting average. In nine relief appearances this season, he has allowed only two runs in 9.0 innings pitched with a .233 opponents? batting average. A native of the Dominican Republic, Nunez was originally signed by the Dodgers as a non-drafted free agent in 2003. He was acquired by the Nationals on August 31, 2006, in exchange for outfielder Marlon Anderson. 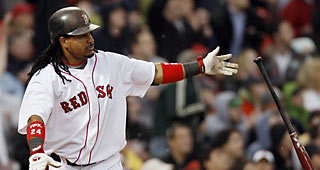 ESPN is reporting that Manny Ramirez has been traded to the Los Angeles Dodgers. Jason Bay is going to Boston as part of the deal, Jayson Stark reported. And, the Pittsburgh Pirates get four minor leaguers as part of the three-way deal. Andy LaRoche, Bryan Morris, Brandon Moss, and Craig Hansen will go to Pittsburgh, ESPN.com has learned.

The Blue Jays, who are on the absolute fringes of the playoff race, are talking about adding an outfielder, possibly Seattle's Raul Ibanez or Pittsburgh's Jason Bay. Jason Stark is now reporting that the Mariners have decided to keep Ibanez.

The White Sox are talking about a deal for Nationals pitcher John Lannan, SI.com has learned. 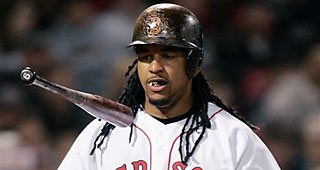 According to an executive with one of the three teams involved in the discussions, talks are now dead between the Pirates, Red Sox and Marlins. However, the deal has taken numerous twists and turns over the past 24 hours, and the Red Sox can continue attempting to trade Ramirez until the non-waiver deadline at 4 p.m. ET. The Red Sox, Marlins and Pirates have been talking seriously for the past 24 to 36 hours about a deal involving Ramirez. The collapse of the talks will spur further discussions between the Pirates and Rays over a deal involving Pirates left fielder Jason Bay.

The Marlins bolstered their bullpen hours before Thursday?s trade deadline, acquiring left-hander Arthur Rhodes from the Mariners for a minor-league pitcher, as reported by Yahoo.com. 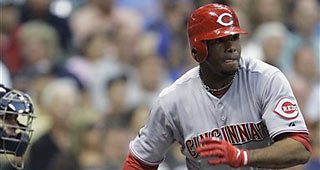 Ken Griffey has approved a trade to the White Sox, according to a source with knowledge of the deal. The trade is now pending the approval of the commissioner, an indication that it involves a cash transaction of more than $1 million. The Reds will receive right-handed pitcher Nick Masset and second baseman Danny Richar, a source told MLB.com. 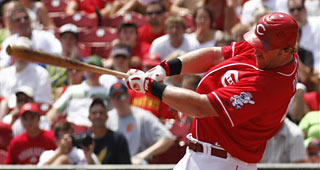 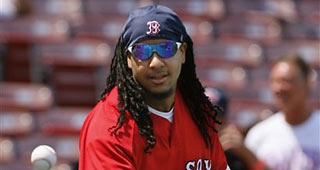 The Red Sox, Marlins, and Pirates continue to talk seriously about a three-way trade involving Manny Ramirez, but a deal still is not assured of being completed, major-league sources say. "If anyone thinks this is a slam dunk, that's not the case," says one source with knowledge of the discussions. The teams still have yet to agree on the players in the deal, sources say, although the basic framework for the blockbuster is in place. The Marlins would trade outfielder Jeremy Hermida and a prospect for Ramirez, and the Red Sox then would flip Hermida and prospects to the Pirates for left fielder Jason Bay. Pirates' left-handed reliever John Grabow also is in play, possibly headed to the Marlins. The Pirates' return from the Red Sox, sources say, is the last holdup in the deal. The Pirates are seeking an "appropriate return for an All-Star caliber left fielder" -- and one who is affordable at $5.75 million this season and $7.5 million in 2009.

The Mariners and Yankees had not picked up the threads of their conversations about pitcher Jarrod Washburn as of Thursday morning.

Ken Griffey Jr. is deciding whether he would approve a trade from the Reds to the White Sox, as reported by the Associated Press.

The Yankees traded LaTroy Hawkins to the Astros on Wednesday for minor league infielder Mattt Cusick.

Trade talks centered around Jason Bay between the Rays and Pirates have reportedly stalled Wednesday.

When David Stern was asked by Bloomberg News what he would tell Major League Baseball owners about Mark Cuban, the league boss replied in an e-mail, "They should welcome him."

The Red Sox are in serious discussions with the Marlins in regards to a Manny Ramirez trade.

The Indians are likely to trade starting pitcher Paul Byrd, with the Dodgers among the reported suitors.

Yankees Get Pudge For Fanrnsworth

The New York Yankees announced today that they have acquired catcher Ivan Rodriguez from the Detroit Tigers in exchange for right-handed pitcher Kyle Farnsworth.

ESPN is reporting that the Yankees have acquired catcher Ivan Rodriguez from the Tigers on Wednesday afternoon.

The Giants believe they can contend in the NL West next season.

Phillies And Marlins In Manny Hunt

The Phillies and Marlins are two of a few teams engaged in trade talks regarding Manny Ramirez.

Clubs that have spoken with the Twins report they've been talking to the Giants about Rich Aurilia for a middle-tier prospect.

The Mariners' Ichiro Suzuki reached 3,000 combined hits in the major leagues and the Japanese League with a first-inning hit against the Rangers on Tuesday night.

Gregg Zaun has approached Jays GM J.P. Ricciardi about the possibility of a trade before Thursday's deadline.

The D'Backs optioned RHP Micah Owings to Tucson of the PCL on Tuesday and recalled RHP Jailen Peguero.

Source: Guillen Wants Out Of K.C.

Jose Guillen apparently wants out of Kansas City, where he has a bad relationship with Manager Trey Hillman.