The Orioles and Yankees are tied atop the American League East with four games left in the regular season.

Baltimore needs one more win within the division to capture home-field advantage in the event of a one-game playoff against New York for the division title. 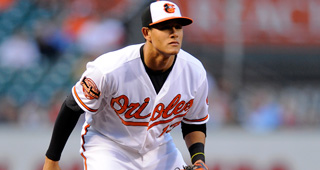 Manny Machado hit the game-winning home run for the Orioles on Saturday night, allowing them to move into a tie with the Yankees for first place in the American League East.

Baltimore is 31-16 since they promoted the 20-year-old on Aug. 9. He has started all 47 games. He has improved their defense and represented himself well at the plate.

Steve Pearce is going from the Yankees to the Orioles as the two teams battle for the American League East title.

Baltimore claimed Pearce off waivers on Saturday after New York designated him for assignment.

He won't be eligible for postseason play if the Orioles qualify, but he'll provide depth down the stretch. 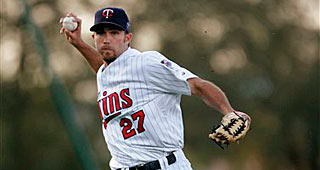 J.J. Hardy signed a three-year contract extension with the Orioles last July when the team was struggling and says the team's recent surge proves it was the right decision.

Hardy felt then that the organization was going to be a winner down the road and that Baltimore's performance this year validates his decision to re-sign and not wait to become a free agent after last season.

"I always said I signed that deal because I saw that there was potential with this team and organization," he said. "To be honest, I didn't think it was going to happen this quick. I saw a process that was headed in the right direction.

"When I was with the Brewers, we had a ton of losing seasons and that was kind of the same thing. Next year we are going to shoot to be a .500 team, and the next year make the playoffs and then maybe go even further. It wasn't a jump from losing seasons to being where we are at right now, so this has been a lot of fun."

Hardy said the word that comes to mind when he thinks about how this season has gone for the club is "fun."

With six games left, the Orioles hold a lead for one of the American League's two Wild Card berths and they are just a game behind the Yankees for the division lead.

"There's no stress in here, there's no pressure on us,"Adam Jones said. "We're not supposed to be here according to everybody in the media. We're just playing. We know what's at stake."

Baltimore will close the regular season against Boston and Tampa Bay. 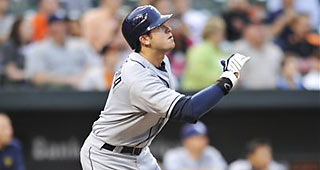 With less than a week left in the regular season, there are eight teams alive in the American League playoff race.

Entering Friday's action, the Yankees (East), Tigers (Central) and Rangers (West) are leading their respective divisions. None of the teams have clinched.

In addition, the Orioles, Rays, White Sox, Athletics and Angels are still alive.

Baltimore, which leads the Wild Card standings, is just one game behind New York for first place. Oakland currently holds the No. 2 Wild Card slot. Los Angeles and Tampa Bay are both just two games behind the A's for the final playoff berth.

Chicago is six games back in the Wild Card race and will likely have to surpass Detroit and win the division in order to make the postseason.

At that time, they didn't know how he would fit into their plans for 2013. After seeing him play third base, they appear ready to hand him the starting job going forward.

"Have you seen him play? How's he look?" Dan Duquette asked. "He looks like a big leaguer, doesn't he?" 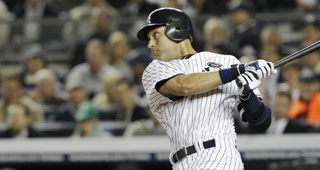 With 10 games left in the regular season, the Yankees hold a one-game edge over the Orioles in the American League East.

New York will play just three games at Yankee Stadium, but their schedule is easier in terms of opponent winning percentage. They will play the Twins (3), Blue Jays (4) and Red Sox (3).

Meanwhile, Baltimore will play seven games at Camden Yards. However, their final three games will come against the Rays, who may be battling for a Wild Card berth. They'll also face off against the Blue Jays (4) and Red Sox (3).

Alex Anthopoulos attributes Baltimore's success this season to their strong bullpen, an aspect that he wants Toronto to emulate.

"I think the one thing, the way the bullpen's performed. I don't know what you can emulate, guys are having great years, it doesn't mean they're not good, but ERAs in the ones and the low twos, but I think contending teams are always going to have to have a good bullpen. I don't know that there's many teams that contend that have weak bullpens," Anthopoulos said when asked what has made the Orioles successful.

"So, that's the thing that jumps out about that team and people can debate the one-run games, there's all kinds of reasons I know, people have talked about run differential with them, I think the Diamondbacks one of the years they made the postseason, they had a negative run differential as well. But the thing that jumps out for them is certainly the bullpen and the strength of the pen." 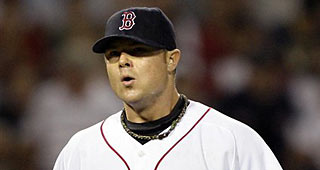 For the first time his career, Jon Lester recorded a loss at the hands of the Orioles on Friday night.

Lester was 14-0 with a 2.49 ERA in 20 previous starts against the Orioles. It was the longest active streak by a pitcher against one team.

Adam Jones Has Hit 16 Homers To Give Orioles Lead

Adam Jones has been a huge part of Baltimore's surge this season.

Adam Jones hit a two-run home run in the 11th inning to give Baltimore a 3-1 win over Seattle, extending the team's streak of extra-inning victories to 15 straight.

The Orioles defeated the Mariners in 18 innings on Tuesday, extending their winning streak to 14 games when nine innings isn't enough to decide the outcome.

Buck Showalter admits that there is an air mattress tucked in his Camden Yards office and that he has slept on it this season.

Baltimore hasn't made the postseason since their last winning season in 1997.

A's Pull Within Two Games In West, Orioles Fall Out Of First

The Athletics haven't been this close to the Rangers since April.

Baltimore is also 27-7 in one-run games this season.

Showalter Has No Interest In Extension Talks

Buck Showalter has one year remaining on his contract with the Orioles and the team's performance bodes well for his long-term future.

The Orioles won their 81st game on Thursday night when they defeated the Rays 3-2 at Camden Yards.

The Orioles beat the Rays 3-2 in 14-innings on Thursday to complete a three-game sweep.

The Orioles have once again moved into a tie with the Yankees for first place in the American League East.

Orioles Like Pierre, But Phillies Not Ready To Deal

The Orioles could use Juan Pierre with Nick Markakis out for six weeks with a broken thumb.

Nick Markakis broke his thumb when he was hit by a pitch thrown by CC Sabathia over the weekend.

The Orioles and Yankees finished their regular-season series with nine wins apiece.

Nick Markakis broke his left thumb when he was hit on the hand by a pitch from CC Sabathia.

Mark Teixeira sounded off after he was called out at first base for the final out of Saturday's game.

Orioles Climb Back Into First Place Tie With Yankees

Jason Hammel is expected to come off the disabled list and start against the Yankees on Thursday.