Braves Sign Brian Snitker To Extension Through At Least 2023 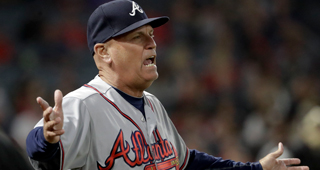 The Atlanta Braves have signed manager Brian Snitker to a multiyear extension that includes a club option for the 2024 season.

Snitker, 65, signed a one-year extension last February that ensured he would remain in place through the upcoming season.

Snitker is entering his fifth full season with the club after taking over as interim manager during the 2016 season.