Alderson: Mets Were 'Shortsighted' In Process To Hire Mickey Callaway 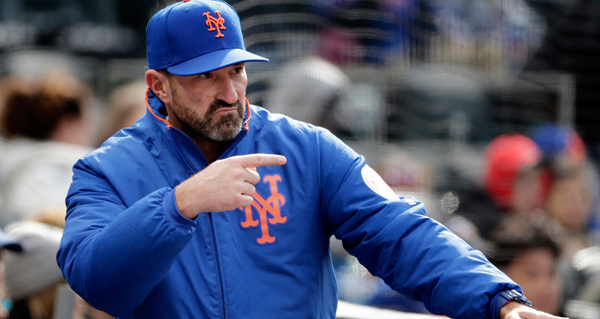 Sandy Alderson says the New York Mets were shortsighted in the hiring process while vetting former manager Mickey Callaway, who has been accused of sexual misconduct by five women.

"When we hired Mickey, Mickey was the hot commodity," Alderson said. "There were a number of teams that were anxious to talk to him and possibly sign him to a contract. We felt very fortunate at the time to get him based on his reputation in the game.

"Now, was that shortsighted on our part and too narrow a focus? I think the answer is probably yes."

Callaway was hired by the Mets in October 2017 and spent two seasons as their manager before becoming the pitching coach for the Los Angeles Angels in October 2019. The Angels suspended Callaway last month in the wake of the reports.

Callaway has denied wrongdoing, which prevents the Angels from firing him without just cause from an investigation.

Alderson hired Callaway in October 2017. According to the report from The Athletic, in August 2018 -- 10 months after the hiring -- the Mets learned of an incident involving Callaway that took place before the team hired him. While the team investigated the matter, the Mets declined to reveal the nature of the incident or the outcome of the probe. Callaway continued managing the team until the conclusion of the 2019 season.

"I think especially in retrospect, there probably should've been a broader assessment of his qualifications," Alderson said. "In terms of people we actually talked to, there were no reservations. I think the process should've been broader. We've learned that lesson and the process that we currently have is and will be broader than it was in 2018."