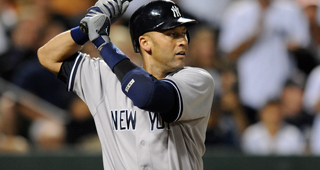 Tuesday night's All-Star Game in Minneapolis averaged more than 11.3 million viewers on Fox, up from 11 million for last year's game.

The rating was up nine percent for the first full half-hour, when retiring New York Yankees shortstop Derek Jeter stepped to the plate in the bottom half of the first inning.

Fox said Wednesday that the 7.0 fast national rating was the highest since 2010. 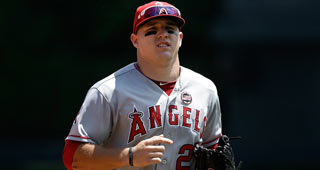 Derek Jeter starred and Mike Trout was named MVP as the American League topped the National League 5-3 in the All-Star Game at Target Field on Tuesday night.

The AL will now enjoy home field advantage in the World Series.

Jeter went 2-for-2 in his final All-Star Game. He received a standing ovation when he led off for the AL in the bottom of the first inning and when he was replaced in the field by Alexei Ramirez after logging two at-bats.

Raised in New Jersey, Trout saw a lot of Jeter and said all week he felt honored to play alongside him.

"Growing up I was setting goals to myself that when I get -- if I ever get the chance to get -- to the big leagues, that's how I want to play," Trout said. "And the way he carries himself on and off the field, how he respects the game -- always hustling, it doesn't matter what the score is. If they are down 10 runs, he is always running the ball out. That's how I want to play."

Clayton Kershaw would love to start an All-Star Game, but doesn't feel slightly after he was passed over for the second year in a row.

"That's not why we play this game," Kershaw said. "This is game is not about winning a Cy Young Award or starting an All-Star Game.

"I'm not taking anything away from either of them. Would I like to start an All-Star Game? Of course. It would be great. But it's not what drives you." 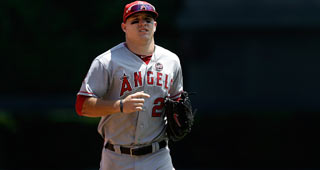 Almost everyone wanted Mike Trout in Monday night's Home Run Derby, but the Los Angeles Angels outfielder said he decided not to participate after talking to Mike Scioscia.

Trout said the manager "was leaning toward me not to do it." He said Scioscia's biggest concern was "the full-out swings you take over a period of time, and just the wear and tear on your body."

The youngster was asked how difficult it would have been to say he wanted to take part after his manager had expressed such a strong opinion, he replied: "Yeah, you've always got to respect your manager, and do what's right for you and the team, and your body, for sure." 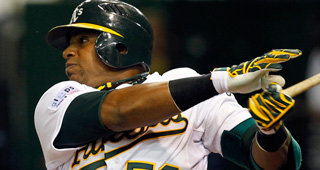 Yoenis Cespedes won the 2014 Home Run Derby on Tuesday night, making him the first repeat winner of the event since Ken Griffey, Jr. (1998-99).

"I'm somebody who's very conscious of the power that I have," Cespedes said. "So I don't need to put more of a swing or more of an effort in order to hit a home run. I just have to look for a good pitch and put a good swing on it, and it usually takes care of it."

Cespedes defeated Todd Frazier 9-1 in the championship round. 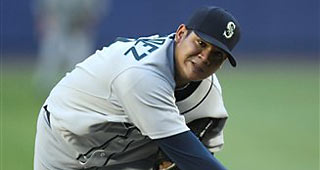 The starting pitchers for the 2014 All-Star Game on Tuesday night will be Felix Hernandez and Adam Wainwright.

Hernandez, the first Venezuela pitcher to start for the All-Stars, is 11-2 with a 2.12 ERA. He was named by American League manager John Farrell.

Wainwright is 12-4 with a 1.83 ERA and three complete games in 19 starts. He was tabbed by National League manager Mike Matheny. 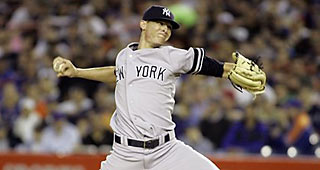 On Sunday morning, right-hander Tyler Clippard received word that he would represent the Nationals in the All-Star Game in Minnesota, according to an MLB.com report.

It will be the second All-Star appearance for Clippard. His first came in 2011, when the right-hander picked up the victory as the National League won.

Rangers' prospect Joey Gallo was picked as the MVP of the annual All-Star Futures Game showcase for baseball's best minor leaguers, for his long ball in the sixth inning that sent the U.S. team to a 3-2 victory over the World squad Sunday afternoon. 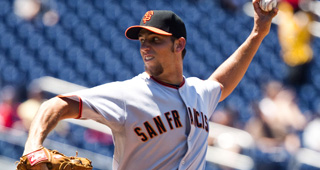 National League All-Star manager Mike Matheny of the Cardinals announced today, in conjunction with Major League Baseball, that right-handers Huston Street of the Padres and Tim Hudson of the Giants have been added to the N.L.’s active roster for the 85th All-Star Game.

Reds pitcher Alfredo Simon has been added to the NL All-Star team.

Wainwright Could Pitch In All-Star Game

Adam Wainwright feels good after going seven innings against the Brewers on Saturday.

David Price will be inactive for the AL in Tuesday's All-Star Game.

Nationals pitcher Jordan Zimmerman will be inactive in the All-Star Game.

Josh Donaldson and Justin Morneau have been picked to complete the field for Monday's Home Run Derby at Target Field in Minneapolis.

The fan vote for the final roster spot on each All-Star team is complete and Chris Sale of the White Sox and Anthony Rizzo of the Cubs were victorious.

Koji Uehara has been named to the American League All-Star roster as a replacement for Masahiro Tanaka, who landed on the disabled list Wednesday.

Chris Sale of the White Sox and Justin Morneau of the Rockies were each leading tight races after the first 36 hours of balloting in the All-Star Game Final Vote.

Miguel Cabrera was asked to participate by American League captain Jose Bautista, but turned him down.

Jeff Samardzija is ineligible to play in the All-Star game because of the league switch.

Derek Jeter, who will retire after the season, is on the American League roster for the fourteenth time.

Puig Among First-Time All-Stars On NL Squad
The rosters for the 2014 Major League All-Star Game in Minneapolis were announced on Sunday night.