Vanderbilt pitcher Kumar Rocker tossed a no-hitter against Duke on Saturday, the first in a Super Regional in NCAA Tournament history.

It was just the eighth no-hitter in NCAA Tournament history.

Rocker finished the game with 19 strikeouts.

The 19-year-old skipped last summer's MLB Draft and instead chose to play for Vanderbilt.

The NCAA has suspended five University of Richmond baseball players because they took part in fantasy football.

The five players will remain suspended until the NCAA completes the reinstatement process. Two of the players -- junior right-hander Keenan Bartlett and senior INF/DH Kurtis Brown -- are among Richmond's most valuable players.

The suspension is a function of the fact that the NCAA treats standard fantasy leagues just like gambling. 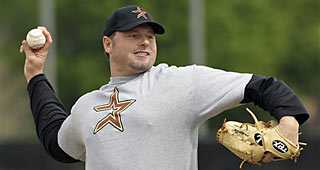 Kacy Clemens, the son of seven-time Cy Young Award winner Roger Clemens whom the Astros drafted in the 35th round (No. 1,037) of the amateur draft over the weekend, has opted for college instead.

Mark Appel spurned the Pirates and decided to remain at Stanford for his senior season. Projected by some to be the top pick, the right-hander was selected eighth by the Pirates. That pick has a signing slot of $2.9M in baseball's new labor contract, and the team could have signed him for about $3.5M to $3.9M without incurring any penalties. Pittsburgh's final offer was $3.8M. "After much thought, prayer and analysis of both opportunities, I came to the conclusion the best decision is to remain at Stanford continuing my studies, finishing my degree, and doing all I can to assist the Cardinal baseball team in our goal to win a national championship," Appel said in a statement.

The Arizona Wildcats ended South Carolina's two-year run of dominance at the College World Series with a 4-1 victory on Monday night, rewarding coach Andy Lopez for persevering through the hard times that came with rebuilding the program he took over 11 years ago.

The Arizona Wildcats topped No. 3 Florida State in the College World Series on Friday night. No. 2 UCLA, which shared the Pac-12 regular-season championship with Arizona, defeated Stony Brook, 9-1. UCLA and Arizona will face each other in the winner's bracket at 8 p.m. CT on Sunday, while Stony Brook (52-14) and Florida State (48-16) play an elimination game at 4 p.m.

South Carolina finished the first College World Series at TD Ameritrade Park the same way it did the last one at Rosenblatt Stadium. The Gamecocks are national champions again. Michael Roth pitched 7 2/3 innings and the Gamecocks were in control throughout a 5-2 win over Florida on Tuesday night that completed a two-game sweep in the CWS finals. 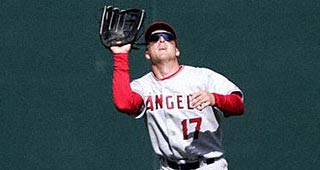 Former major league All-Star Darin Erstad has been hired as the baseball coach at Nebraska, his alma mater, according to an ESPN.com report. Erstad's hiring was announced on the university's website. AD Tom Osborne will introduce Erstad at a Thursday afternoon news conference.

Yankee Stadium will host its first college football game of 2011 on Saturday, November 12, when the Army Black Knights host the Rutgers Scarlet Knights. The game will mark Armys second contest at the current Yankee Stadium, having played in the Stadiums inaugural college football game on November 20, 2010 vs. Notre Dame, a 27-3 loss, in the 50th all-time meeting between the programs. Rutgers University returns to the home of the Yankees for the first time since 1948. The Scarlet Knights played nine times at the original Yankee Stadium, all against New York University, going 1-7-1. Army and Rutgers have played each other 37 times, with Rutgers holding a 19-18 edge in the all-time series.

College baseball's new metal bats have been praised by Major League Baseball scouts, according to an ESPN.com report on Thursday. For these talent evaluators, the college variation of the game resembles "true" baseball for the first time in years, making their job a little easier as MLB's draft approaches in June. "It takes some of the guesswork out of recruiting in college baseball," said Art Gardner, a regional scout who is based in Mississippi.

Share Tweet Discuss Feedback
Cal Baseball Program Will Be Saved
The Cal administration on Friday announced that the college baseball program would be saved thanks to a massive fund raising effort.

Strasburg Leads List Of Five Golden Spikes Nominees
This year will mark the 32nd consecutive year that the Golden Spikes Award has been presented to the nation?s premier amateur baseball player.

NCAA: Texas Beats BC In 25 Innings
Texas defeated Boston College 3-2 in 25 innings on Saturday night in the longest NCAA game in history.

Strasburg Leaves Start With Back Cramps
With San Diego State leading 2-0 in the bottom of the eighth inning, Stephen Strasburg suffered a lower-back cramp and was forced to leave the game.

Strasburg K's 17 In No-Hitter
San Diego State's Stephen Strasburg struck out 17 on Friday night in the first no-hitter of his illustrious college career.

First College Game Reaches 150th Anniversary
This year marks the 150th anniversary of the first-ever college baseball game, and the game will be re-enacted in Pittsfield, Mass.

Rival Coach: I've Never Seen A Pitcher Like Strasburg In MLB
With a record crowd at Santa Clara, Stephen Strasburg struck out 12 batters over eight innings, while allowing no runs and just three hits.

Strasburg Only Strikes Out Six As Hitters Go After Him Early In Count
Stephen Strasburg went six innings, allowing three hits while striking out six as the Aztecs beat UC Davis 14-0.

Strasburg Nearly Gave Up Baseball As A Freshman
Stephen Strasburg was unimpressive and out of shape coming out of high school and very nearly quit as a freshman during the second week of conditioning.