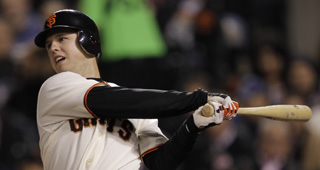 Buster Posey, who won three World Series titles as a catcher during his 12 seasons with the San Francisco Giants, will become the first former player to join the team's ownership group, it was announced Wednesday.

"Upon his retirement last year, Buster said that he would always stay involved with the organization, and when he approached us to express his interest in joining the ownership group, we were thrilled that he wanted to make this type of commitment," Giants chairman Greg Johnson said. "It is rare for a former player to join his own team's ownership with the desire to have an active role."