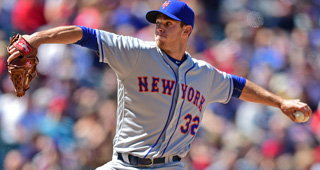 The New York Mets have made a contract offer to Steven Matz, according to a source.

There is reportedly a "good chance" of an reunion happening less than a year after the Mets traded Matz to the Toronto Blue Jays.