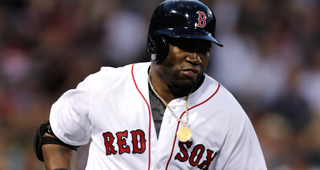 There are 13 first-time candidates on the Hall of Fame ballot of the Baseball Writers' Association of America.

Barry Bonds and Roger Clemens make their 10th and final appearance on the BBWAA ballot along with Curt Schilling, who fell 16 votes shy of the necessary 75% in last year's balloting. Schilling appeared on 71.1% of ballots, Bonds 61.8% and Clemens 61.6%.