Pete Rose To Sell Picks For Baseball, Other Sports 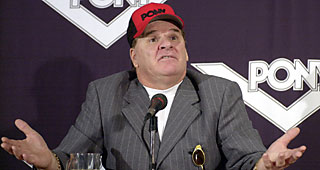 Pete Rose has announced that he is joining UpickTrade, a pick-selling website based in Mexico.

The site recently made headlines with a short-lived partnership with NHL's Vegas Golden Knights. Rose will be making daily predictions about baseball and other sports.

Rose, who turned 80 on Wednesday and resides in Las Vegas, was banished from baseball in 1989 after an investigation revealed that he had bet on the game while managing the Cincinnati Reds.

During a conference call with the media Wednesday, Rose said he won't be placing wagers on his picks and doesn't believe working for the sports betting site would damage his chances of getting into the Hall of Fame.