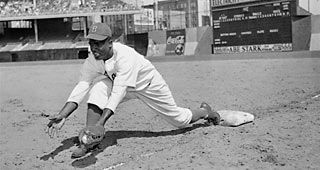 Players honor Robinson on April 15 by wearing his No. 42, which has been retired across baseball.

This year more than 100 players went further and donated their April 15 game-day salaries to support the Players Alliance, which works to promote Black participation at every level of organized baseball and promote a more diverse future for the sport.