Yadier Molina Becomes First To Catch 2,000 Games With One Club 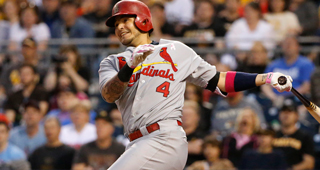 Yadier Molina made Major League history on Wednesday when he started at catcher for the St. Louis Cardinals.

Molina is the first player ever to catch 2,000 games with a single franchise.