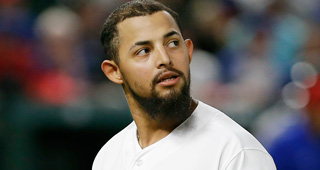 Odor, 27, did not make the Rangers' Opening Day roster and was designated for assignment on April 1. He'll add a left-handed batter to the Yankees' mostly right-handed lineup.