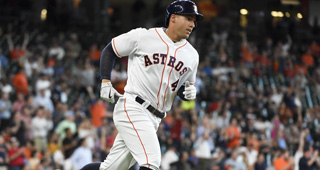 The Houston Astros have avoided arbitration with George Springer by agreeing to a one-year, $21 million deal, according to reports.

The 30-year-old had been seeking $22.5 million in arbitration while the Astros had been offering $17.5 million.

He has hit at least 20 home runs in five of his six seasons for the Astros and was named the 2017 World Series MVP.