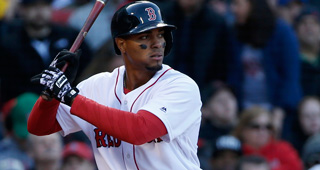 Shortstop Xander Bogaerts and the San Diego Padres are in agreement on an 11-year, $280 million contract, a source familiar with the deal told ESPN's Jeff Passan.

The 30-year-old Bogaerts, who has played his entire 10-year career with the Boston Red Sox, is a four-time All-Star and a two-time World Series champion. He is coming off one of his best seasons, posting a 5.8 bWAR and finishing ninth in American League MVP voting in 2022.