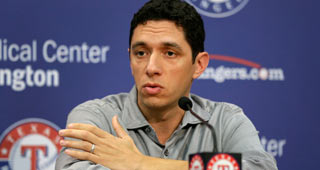 Jon Daniels, the president of baseball operations and former general manager, has been fired by the Texas Rangers after 17 years of leading the club.

Team owner Ray Davis said Wednesday that Daniels was being relieved of his duties immediately after the decision was made not to renew his contract at the end of this season.