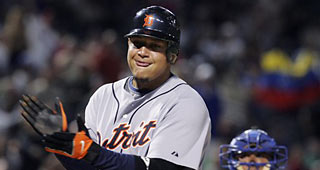 Tigers legend Miguel Cabrera for the first time on Thursday said this may be the final season in his Hall of Fame career.

Cabrera had previously stated he wanted to play through the end of his contract, which runs through 2025 but is only fully guaranteed through next season. Cabrera is owed $32 million in 2023. The Tigers then have an option to buy out the remaining two years of the contract.