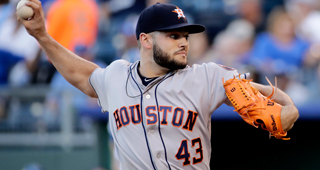 Given an extra day of rest due to the postponement of Game 4 until Tuesday, the Houston Astros will instead start Lance McCullers Jr. against the Chicago White Sox, the team announced.

Game 4 of the American League Division Series was originally scheduled for Monday afternoon, but it was postponed until Tuesday because of rain in the forecast.