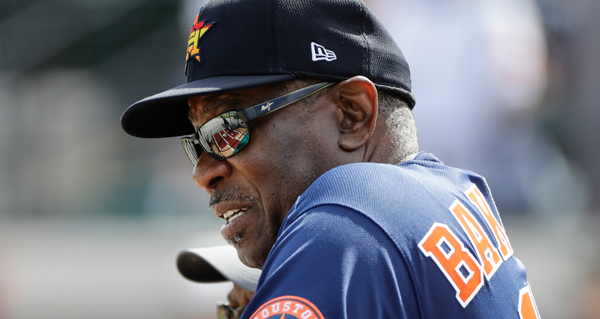 "They're about the same runs, OPS and everything as we are -- well, actually, better on the road than we are at home," Baker said Monday afternoon. "And I think they're actually better at home than they are on the road.

"So I don't have much response to that other than I was listening to Eric Clapton this morning, and he had a song, 'Before You Accuse Me (Take a Look at Yourself).' ... You know what I mean? That's all I got to say."