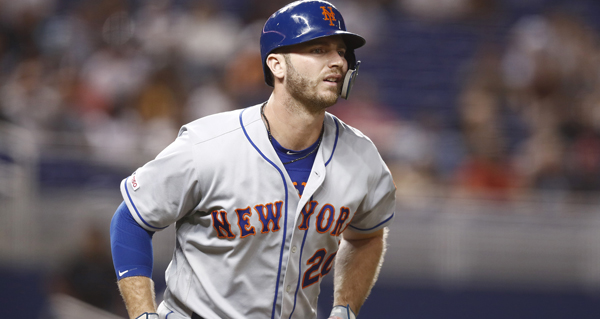 Pete Alonso disagrees with Major League Baseball's crackdown on pitcher-friendly foreign substances, and says that the larger issue facing the sport is the league's manipulation of baseballs depending on free-agent class -- a theory he presented as "fact."

"The biggest concern is MLB manipulates the baseball year in and year out depending on free-agency class, or guys being in an advanced part of their arbitration," Alonso said.

Asked in a follow-up question if the idea of MLB manipulating baseballs based on free-agent class is something players "talk about and believe in," Alonso replied, "Oh no, that's a fact."

He continued: "In 2019, there was a huge class of free-agent pitchers and then that's quote-unquote 'the juiced balls,' and then 2020 was a strange year with the COVID season. But now that we're back to playing in a regular season with a ton of shortstops or position players that are going to be paid a lot of money like high-caliber players -- I mean, yeah, that's not a coincidence. It's definitely something that they do."