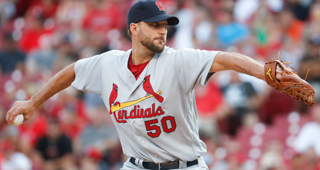 Adam Wainwright is waiting to see if he has a future with the St. Louis Cardinals.

"I know the nature of the business of baseball with salaries, and not sure what the revenues will be like next year," Wainwright said. "Or the fan situation.

"St. Louis is very dependent on their fan situation to bring in revenues to offset player costs. They said that, and I really believe them. They don't have the billion, billion, billion dollar TV deals that some other teams do."

Wainwright broke in with the Cardinals in 2005, spending the entirety of his 15-year career with them. He is a free agent.