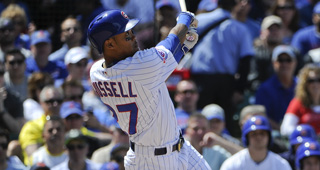 Addison Russell will attempt to revive his career in the Korean Baseball Organization.

The former Chicago Cubs infielder has signed a one-year contract with the Kiwoom Heroes. He'll make $530,000 the remainder of this season.

The Cubs non-tendered Russell in December. He was suspended 40 games under MLB's domestic violence policy in late 2018.