Marcus Stroman: The 'Season Is Not Looking Promising' 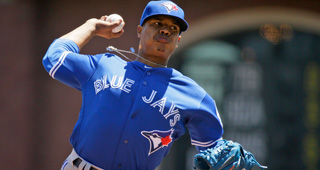 In the wake of Tuesday's Major League Baseball proposal to the players, some have become pessimistic about the 2020 season being played at all.

Stroman said the "season is not looking promising."

The two sides are expected to continue dialogue this week with the Players Association now set to submit a counter-proposal.