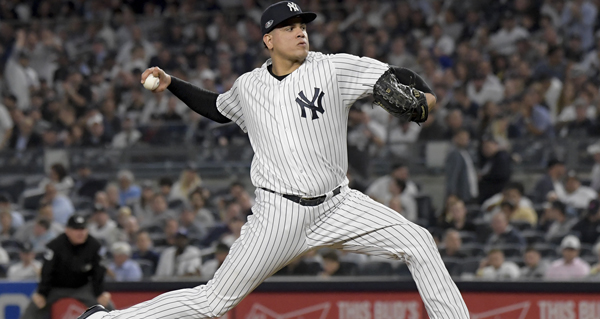 Dellin Betances made his season debut for the New York Yankees on Sunday, but his return didn't last very long.

The reliever suffered a partial tear of his left Achilles tendon when he landed awkwardly on the mound.

Betances was sore when he arrived at Yankee Stadium before Tuesday's game, and the club was concerned when he was unable to get on his toes.

He was sent for a scan and was examined by Dr. Justin Greisberg at New York-Presbyterian Hospital. He will get a second opinion from Dr. Martin O'Malley at the Hospital for Special Surgery.

A 31-year-old right-hander, Betances is a four-time All-Star who is eligible for free agency after the World Series.