Six Teams Could Be In Mix For Dallas Keuchel 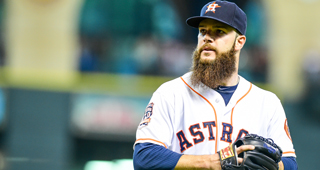 With the Major League Baseball Draft looming, as many as six teams could be in the mix to sign Dallas Keuchel.

Once the draft passes, teams will no longer have to surrender a draft pick as compensation for signing the pitcher.