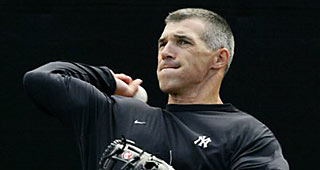 The Yankees have signed Pitching Coach Larry Rothschild to a one-year contract for 2017.

Originally named to the position prior to the 2011 season, Rothschild will begin his seventh season with the Yankees and his 43rd year in professional baseball as a player, coach or manager.

The Yankees pitching staff set a single-season franchise record in 2016 with 1,393 strikeouts. Additionally, the club leads the American League with a 2.94 strikeout-to-walk ratio over the six years of his tenure.