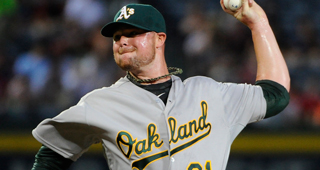 Jon Lester has multiple offers of at least $150 million over six years, which has slowed down his ultimate choice because of having to deal with negotiations with those teams, according to sources.

Lester may wait until Wednesday to make his final decision because of those negotiations.

It was reported on Monday that Lester had narrowed the field down to the Cubs and Giants.