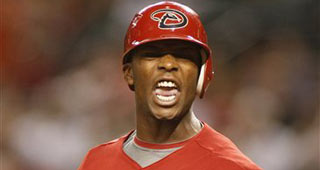 The Diamondbacks, Indians and Rays are working on a potential blockbuster trade, according to sources.

The principal players in the trade would be Justin Upton, Asdrubal Cabrera and James Shields.

The Rangers could also get involved in the deal, which would involve them shipping out prospects.

One proposed deal would send Upton to Texas and Cabrera to Arizona, with Cleveland likely receiving a package of young talent, possibly including Texas infielder Mike Olt (Tampa Bay would not be part of that particular trade), according to sources.

The Rangers want Upton. The Diamondbacks want a shortstop. The Indians want to turn expensive veterans such as Cabrera into younger pieces and the Rays want to trade a pitcher for a hitter.