Walk On The Wild Side: 2019 Wild Card Game Previews 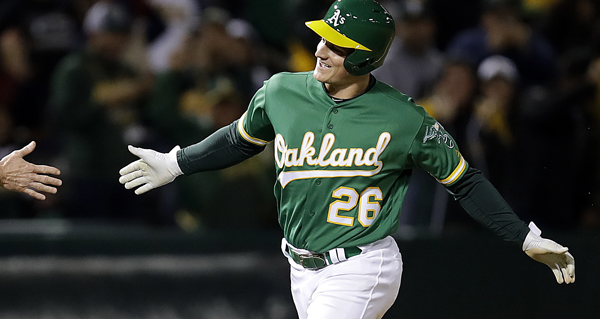 MLB’s 162-game regular season gives us the most ridiculous sample size in professional sports. But now that it’s behind us, it’s time for us to flush all that down the toilet and lean into the chaos that be the Wild Card Games. While we’re going to save particularly lengthy analysis for the longer series ahead of us, that doesn’t mean we can’t point out some storylines and things to watch for over the next couple days.

Washington is actually a pretty legitimate threat in a traditional best-of-five or best-of-seven series, thanks to the strength of their top-three of Max Scherzer, Stephen Strasburg, and Patrick Corbin. While they can’t leverage that depth in a winner-take-all game, they can roll out my pick for the NL Cy Young Award in Scherzer, who’s held Milwaukee hitters to a .182/.235/.343 line. He’s struggled as of late a bit, though, posting a 5.16 ERA in September.

Brandon Woodruff gets the nod for the Brewers and, while he hasn’t had a Scherzer-level season this year, his career numbers against the Nationals (.222/.259/.278) are better than Scherzer’s 2019 numbers overall (.222/.266/.371). The caveat here is that Woodruff was on the IL for almost two months with an oblique injury and has gone just two innings deep in his two starts since returning to the active roster.

The Brewers are going to have to lean on their bullpen, but at least they’ve got a solid one to work with Brent Suter, Drew Pomeranz, Josh Hader and Jordan Lyles. The same can’t be said for the Nationals, as they have the worst bullpen out of any of the postseason teams. But while that might be a problem if they make it to the NLCS, the all-hands-on-deck nature of the Wild Card Game means they can reach for Strasburg or Corbin if they really need to. That alone pushes the needle in Washington’s direction again.

In terms of the lineups, you’d be forgiven if you thought that the Brewers’ season was basically over when Christian Yelich went down. I certainly didn’t have the highest of hopes for them, but they won 18 of their last 20 games even without him to push themselves into a postseason spot. The bad news is that both Ryan Braun and Lorenzo Cain were dealing with minor injuries this past weekend and Mike Moustakas missed a couple games earlier in the week as well. That’s a whole lot of question marks.

Zooming out a bit, if we’ve learned anything in 2019, it’s that teams are living or dying by the long ball, and that’s especially true in one game where a single swing of the bat could decide everything. While the Brewers have the edge on the year, 250 to Washington’s 231, 44 of those home runs came courtesy of Yelich, so the edge in a game where dingers rule everything around me goes to the Nationals here again. The Nationals also struck out the least (20.9 K%) of any NL team, so expect a lot of balls in play. The Brewers, on the other hand, walk more frequently than any non-Houston team in MLB (10.0 BB%), but that may be of little use considering that Scherzer only gave up 1.72 BB/9 this season.

Manager Craig Counsell managed the 2018 Brewers within a game of the World Series and deserved some serious credit for doing what he did last year and I wouldn’t be the least bit surprised if he could finagle his team into the NLDS this year. After all, the 114-loss Tigers still managed to win 47 games this year. But… It’s hard to pick the team that made the postseason with a +3 run differential on the year. While anything can happen, but just about every aspect of the game tilts at least a little bit in Washington’s favor and they’ve got home field advantage. So Nats it is.

In the East-West Moneyball duel-to-the-death that is the AL Wild Card Game, the Rays will start Charlie Morton, who has rewarded Tampa’s largest ever free agent contract with a hell of a year for them (3.05 ERA/2.82 FIP, 240 Ks, 23.2 K-BB%). While he’s held Oakland hitters overall to a career .233/.333/.408 line, there are definitely some A’s he’ll need to be careful with, as Jurickson Profar (1.227 OPS) and Matt Olson (1.133) have had quite a bit of success against him. This particular season, though, he’s recorded a 0.68 ERA over 13.2 innings against the A’s. Morton closed out the Astros’ 2017 World Series victory with four innings of stellar relief, so he brings some pretty impressive postseason credentials to a team that doesn’t have a lot of them.

The A’s haven’t yet announced who will be taking the mound in the first for them. Whether that’s strategic or the result of not having a true ace ala Morton is certainly up for debate. The good news is that they do have a small-sample size ace in Sean Manaea to turn to potentially. After missing a year for shoulder surgery, Manaea returned this September and has a 1.21 ERA/3.42 FIP over five starts that have all gone five-to-seven innings.

And while the bullpen game gambit didn’t work out for Oakland last year, they’ve got a stronger bunch to work with with new additions A.J. Puk and Jesus Luzardo available and closer Liam Hendriks having had one of the most dominant relief seasons in all of baseball. But while the A’s might have stronger individual pitchers out of the bullpen, the Rays have perhaps the most depth in all of baseball, as evidenced by their leading MLB in reliever fWAR (7.6)  Emilio Pagán, Nick Anderson, Diego Castillo and Colin Poche give manager Kevin Cash plenty of options to get outs in the later innings. All in, we might call it a push on the overall pitching, perhaps with a slight edge to the Rays.

In terms of the star power in the A’s lineup, Marcus Semien has been having an MVP-level season, with Matt Chapman right behind him. Those two combine with Matt Olson and Jurickson Profar for 125 HRs and round out one of the best infields in all of baseball. The Rays’ have found success in fielding a lineup that’s seemingly without any holes. No superstars, unless you’re ready to put Austin Meadows (144 wRC+) in that category yet (and I’m not), but no holes. While the A’s get the advantage in the infield, the Rays get the nod in the outfield thanks to Meadows and the fact that basically everyone in the A’s outfield is playing through injuries right now.

The A’s have a 40-dinger lead over the Rays and, as we discussed above, in 2019, any individual game is likely to be decided by the long ball. In last year’s Wild Card Game, the A’s learned how true that was on an Aaron Judge home run in the first that they never recovered from. Oakland gets a little bump from the fact that this game will be at the Coliseum, and the fans will be very loud, for whatever that’s worth. But these are two extremely evenly-matched teams, and as Oakland’s Billy Beane said, “My job is to get us to the playoffs. Everything after that is (expletive) luck.” Nowhere is that more true than in the miniscule confines of a single game playoff series. Since I am required by law to make a pick, though, I’ll go with the A’s.