RIYL: A Cinematic Rooting Guide To The 2019 MLB Playoffs 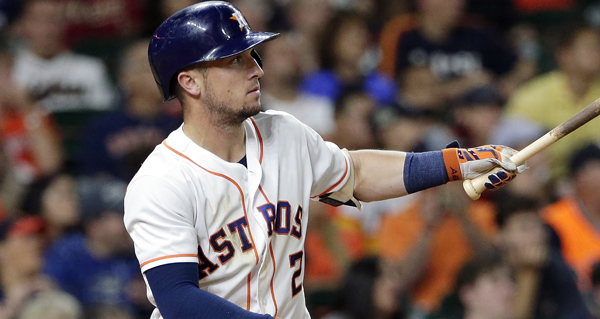 We’ve had ourselves a week over here in baseball land. The Twins clenched their first division title since 2010 and the Cubs were eliminated. We’ve still got a very, very remote possibility of a three-way play-in game to settle the Wild Card situation in the American League. Despite all the excitement, it’s a bittersweet time of year for the majority of baseball fans, with the knowledge that there are only a few games left before the postseason begins without their team in it.

Once we’ve got the matchups set, we’ll be spending plenty of time analyzing them over the next month, disregarding the fact that the baseball gods must be crazy. But before we dig deep into the statistics, let’s help out the fans who are not fortunate enough to have their team playing past this weekend make up their minds about who to cheer for in the coming weeks, with the caveat that one of the AL teams will not be here by the time postseason starts. While your personal allegiances and rivalries will clearly impact your individual decision, I’m laying this out in an (extremely) rough easiest-to-hardest to root for order.

The Twins are probably the best story in baseball this year. Coming off a surprise Wild Card appearance in 2018, they got creative over the offseason and brought in a whole bunch of home run hitters, headlined by Nelson Cruz. The plan worked, as they dingered their way to a division title and showed Cleveland what could happen if they sat on their hands. Regardless of how you feel about our new offensive environment, you have to appreciate that the Twins took advantage of it and rode it hard, giving themselves the chance to win their first postseason game since 2004. Was the their technique subtle? No, but it’s highly effective, entertaining and definitely violent.

The Brewers are the biggest surprise in the mix in this years playoffs, as they clinched a postseason appearance this week as the Cubs slinked off into the sunset. They’ve won nine of their last ten games, and that’s without their MVP Christian Yelich. And, yet, the Brewers will be appearing in the postseason with a +7 run differential on the year. They’ve clearly either been extremely lucky or extremely clutch to get to almost 90 wins with a run differential that puts them closer to a .500 season. It may not make sense, but bring on the chaos.

A wise man (Billy Beane) once said, “My (expletive) doesn’t work in the playoffs. My job is to get us to the playoffs. Everything after that is (expletive) luck.” A year removed from a loss to the Yankees in the Wild Card game where their attempt at employing an opener and throwing a bullpen game backfired, they’ll get another chance at trying out some different shit. They’ve got some of the (actual) best fans in baseball. The opener of last year’s Wild Card, Aussie Liam Hendriks, recorded that loss and deserves a shot at redemption. If you can’t root for this dude, may the baseball gods have mercy on your soul.

Given the shoestring budget that the Rays operate on (the lowest in MLB in 2019) and the fact that they share their division with the Yankees and Red Sox, it’s truly impressive that this will (quite likely) be their fifth trip to the postseason in the past decade. While we can argue about whether they should be spending more, you have to give them credit for their success when the odds are stacked so heavily against them. Instead of rolling over and rebuilding, the Rays continually try new things (see: the opener) to gain any edge they can and this year, they’ve done it again.

RIYL: The Wolf of Wall Street

Back two games for a Wild Card spot, the Tribe is the least likely of teams still in the mix to actually thread the needle to a postseason appearance. And they probably deserve that spot, since they sat pat over the offseason and expected to just cruise to another AL Central title. If you read above about the Twins, then you know that didn’t happen. It’s worth remembering that they haven’t won a World Series since 1948, which actually makes them the longest suffering fan base in baseball. That alone makes them fairly easy to root for. Oh, and Francisco Lindor is an absolute joy to watch. But hubris put them in this situation and now they’re going to need some luck in the last few games of the season if we’re going to see Lindor in October.

Seeing the Nationals find a way to make it over the hump without Bryce Harper would probably tickle a lot of fans’ fancy. If schadenfreude isn’t really thing your thing, we could also consult the old misery index. The Nationals haven’t ever even been to a World Series, going back to their time in Montreal, and, although they’ve been to the dance four times since 2012, they’ve failed to make it out of the Division Series every time. Be honest, though, you’re probably here for the schadenfreude.

It’s possible, at least, that the Braves of old are back. After their 14-year run of winning the NL East from 1991-2005, they’ve now won the division in back-to-back years. They’ve locked down their young stars to long-term, below market contracts and at least put the pieces in place for a continued run of success. While it’s too early to declare them conquering heroes, they’ve returned from their time in the wilderness.

As a denizen of San Francisco for 12 years, my hatred for the Dodgers knew no bounds. With years covering baseball on a national level and living elsewhere, I’ve come to begrudgingly respect the organization more than a little. They’ve built a behemoth, and have won nine straight division titles. And despite all of their impressive accomplishments over this time period, they haven’t won a World Series since 1988 and the ultimate goal, the reason they’ve done all this in the first place, still eludes them.

The “Best Fans in Baseball” is a somewhat tired trope. All fan bases have their fair share of unsavory characters. The fact that the Cardinals have, since 2000, never missed the playoffs for more than two consecutive years makes is easy to understand why their fanbase could get a little entitled. Just lean into your jealousy.

This is not the Evil Empire of yesterday. Aaron Judge is, by all accounts, a pretty likeable dude and no A-Rod. Also, this team woke up seemingly every day this season to discover a new injury they had to deal with. Somehow they made it through the season A-OK and could still feasibly end up with the best record in baseball (as of the time of writing, at least). That’s an impressive feat and one that might make you have a little sympathy for these baddies of old.

I’m from Houston, so I have a hard time thinking of the Astros as the “bad guys.” But it’s not hard to see a little supervillain in their methods, and, once you consider that there’s a sense of inevitability here, it probably means there’s going to quite a few haters out there. They have two Cy Young winners in Justin Verlander and Gerrit Cole and they added Zack Greinke. The lineup, including possible MVP Alex Bregman and certain Rookie of the Year Yordan Alvarez, has been the best in baseball. They could feasibly sweep the AL awards this year. They won a World Series two seasons ago, have actually improved their regular season record in the two successive seasons and the farm is still at work, cranking out players like Alvarez. If a bad guy with a predetermined fate winning the day is your bag, the Astros are your team.