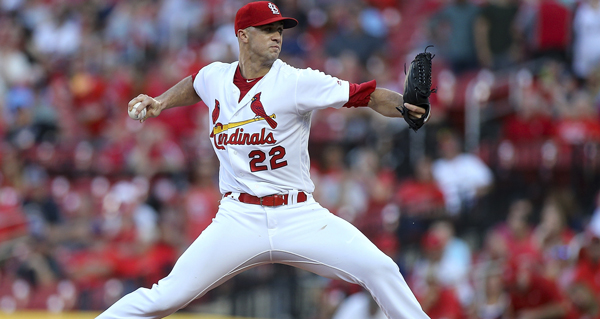 With over 5,000 baseball games played since late Match, the great month of October is finally here and it’s time for the fate of the teams that have made it to the dance to be decided in just a handful of games. With the NL Wild Card Game behind us, we can move on to breaking down the National League Division Series. If you’re looking for background, statistical analysis and some players and storylines to watch over the next week, we have you covered.

There’s not a lot of postseason history between these teams when you consider we can date them both back to the 19th century. They’ve only met four times in total, but the most recent of those, when they crossed paths in the first NL Wild Card Game in 2012, is certainly worth noting. That game involved a controversial infield fly rule call made by umpire Sam Holbrook. The umpire who made the call, Sam Holbrook, will be the crew chief in this series. Don’t say that MLB doesn’t have a sense of humor.

In terms of the individual teams, the Braves are looking to win their first postseason series in 18 years and restart their dynasty of yesteryear on the back of all their young, cheap talent. The Cardinals are the team that never goes away and they avoided missing the postseason for an unheard of four seasons in a row. Head-to-head this year, the Braves took the season series 4-2, going 2-1 both at home and on the road. They outscored St. Louis in those games 36-30, but all those games happened way back in May, so we probably can’t glean too much from that.

The Braves put up a +112 run differential and the Cardinals came in at +102. That’s not a huge difference, so don’t read too much into the fact that the Braves are closer to 100 wins and the Cards are closer to 90. Their Pythagorean and BaseRuns records suggest that these teams are much closer than their season records imply, tying them at 92 and 90 wins respectively. One big reason Atlanta outperformed their expected record? Their ability to win one-run games, where they went 28-16 for the best record in baseball. Unfortunately for Braves fans, that doesn’t have much predictive value.

The Braves' biggest contributor was 2018 Rookie of the Year Ronald Acuña Jr., who put up another stellar season (.280/.365/.518, 37 steals, 41 HRs, 5.6 fWAR). He narrowly missed joining the 40-40 club because he was shut down last week because of a groin strain so he could get ready for the postseason. While his health is certainly a concern for Atlanta, Acuña is but one part of an extremely top-heavy lineup.

On the Cardinals’ side of the ledger, one of the biggest x-factors is Paul Goldschmidt. He certainly underperformed expectations on the season (.260/.346/.476, 116 wRC+, 2.9 fWAR), given that he’s consistently been one of the best hitters in all of baseball for so long. But he had some serious slumps this season (58 wRC+ in June, 85 wRC+ in August) combined with some scorching hot streaks (173 wRC+ in July, 148 wRC+ in September). Which version of Goldschmidt turns up in October could go a long way to determining whether St. Louis can advance.

While there are plenty of other hitters to keep an eye on, like Tommy Edman (who came out of nowhere in true Cardinal fashion to fill in for Matt Carpenter with a 123 wRC+), Kolten Wong (108 wRC+), Marcell Ozuna (110 wRC+), there isn’t the murderer’s row atop the order that Atlanta has. But it’s also worth noting the things that St. Louis’s lineup does when it’s not at the plate. The team as a whole was charged with only 66 errors on the season. That’s not just the best mark in baseball this season, but tied for the 11th lowest error total in the history of baseball. While errors are inherently subjective, you have to be impressed with that regardless.

Cardinals' pitchers have certainly benefited from the defense behind them, posting a 3.82 ERA and 4.27 FIP that gives them the biggest difference between Earned Run Average and Fielding Independent Pitching (-0.45) in all of MLB. Braves pitchers didn’t gain quite as much from their defense, posting a 4.20 ERA and 4.39 FIP.

No pitcher looms larger over this series than the Cardinals’ Jack Flaherty. He had a 0.91 ERA and 2.22 FIP in the second half. That ERA is, unsurprisingly, the best in baseball since the All Star Break. Against 75% of those feared Atlanta hitters, he’s availed himself quite well--Acuna has a .476 OPS, Albies is at .286 and Josh Donaldson is at .200--with only Freeman getting to him with a 1.125 OPS. Those are small sample sizes (just 19 ABs between all four), but the point remains, Flaherty has been the best pitcher in baseball for months and he’s been able to neutralize some of Atlanta’s most potent hitters.

However, Cardinals manager Mike Shildt started Flaherty on the final day of the season to give the Cardinals a final push to win the division and hold off the Brewers. It worked, but now Flaherty won’t be available until Game 2, although he’ll be ready for a Game 5 in the event that the series goes there. In the meantime, they’ll need to make sure they get to that point. Mike Mikolas took a step back this year (4.16 ERA, 4.27 FIP). Dakota Hudson has the best results (3.36 ERA), but he walks a lot of folks (4.4 BB/9) and has the FIP (4.92) to prove it.

While the Cardinals certainly earn the ace nod for Flaherty, the Braves aren’t exactly devoid of pitching talent in their rotation. In his first full season, Mike Soroka would have won the NL Rookie Cy Young Award if such a thing existed, posting a 2.68 ERA and 3.45 FIP over 174 IP. He doesn’t strike out a ton of hitters (7.32 K/9) but he makes up for it with an elite ground ball rate (51.2%), which is very useful in the age of the dinger that we live in. But he also had a horrendous home-road split (4.14 ERA in Atlanta, 1.55 elsewhere), so perhaps we won’t see him until Game 3.

After Soroka, we’re not 100% sure of the entirety of the Braves roster as of yet. There’s another practitioner of the ground ball-inducing arts in Dallas Keuchel (3.75 ERA), who they picked out of the QO bargain bin midseason and seems like a good bet for starting off the series in Atlanta. Max Fried (4.15 ERA, 3.74 FIP) has been one of their most valuable pitchers on the year by fWAR (3.0), while Julio Teheran has a better ERA (3.81) but is walking a whole bunch of folks (4.28 BB/9). Mike Foltynewicz turned around a rough first half and has a 2.65 ERA since the break and a 1.50 ERA in September, so he’s fairly likely to get the ball as well, perhaps in Game 2.

While there are questions regarding how the Braves will arrange their starters, the bigger questions might be directed towards their bullpen. They’ve collectively posted a 4.21 ERA/4.49 FIP and are arguably the second-worst bullpen in the postseason. They did what they could at the deadline, adding Mark Melancon, but their collective FIP (4.48) just stayed the same and their ERA (4.94) jumped up. At least things finally clicked down the stretch, with a 3.61 ERA/3.33 FIP for the group as a whole in the final month, with Melancon looking more like the closer the Giants paid him to be in the first place and posting a 1.74 ERA/2.83 FIP.

The last month of the season wasn’t as kind to St. Louis, with the bullpen posting a 4.90 ERA/4.74 FIP mark that clearly isn’t going to cut it in the postseason. While Carlos Martinez (2.31 ERA, 1.41 FIP) remained excellent as the closer, there were a myriad of other problems that could come back to bite them. Andrew Miller, in particular, was a big problem over that stretch, posting an 8.10 ERA. While his 3.81 FIP suggests that he had some bad luck, he’s had issues with walking folks all season and it’s pretty clear he’s not the postseason monster he was in years past.

These are two extremely evenly matched teams even if their strengths and weaknesses lie in slightly different areas and may just cancel each other out. But, since I must, I’m going to give the edge overall to the Braves and the top of their lineup (and better power overall) and the fact that they’ve got homefield advantage. It’s a short series, so anything can happen, but I think that we’re not only going to miss out on a second Flaherty start, but we’re also all going to have to hear the damn tomahawk chop in the NLCS.