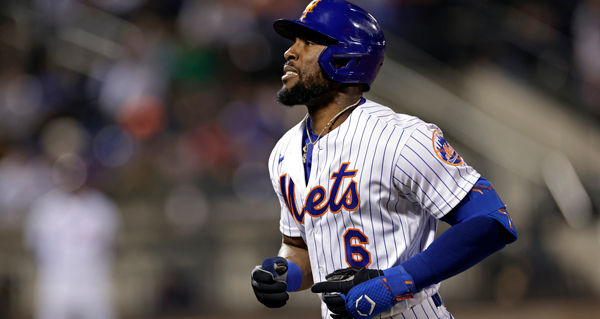 Starling Marte is improving "little by little" as he works his way back to the field from a broken right middle finger.

Buck Showalter wouldn't commit to the New York Mets carrying Marte on the roster for the Wild Card series, which kicks off Friday.

The manager said Marte is "not to the point where he can play in a game."

Marte suffered the injury when he was hit by a pitch on Sept. 6. He swung a bat and hit off a tee for the first time Monday, but it did not go well.