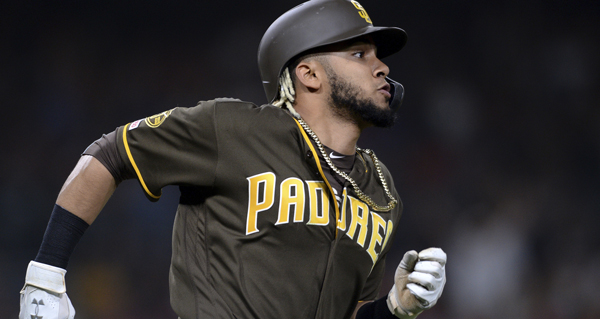 Fernando Tatis, Jr. has received positive news on his return from a broken wrist, with his doctor saying that he can begin swinging a bat in two weeks.

The San Diego Padres shortstop met with the doctor in Phoenix, where he underwent X-rays and was given the plan for his next steps.

"This was the first time I came out happy after a doctor's appointment," Tatis said.

Tatis reportedly injured the wrist in an offseason motorcycle accident in his native Dominican Republic and had surgery in mid-March.

He said once he is cleared to swing a bat off a tee, it will be another 10 days before he can start hitting pitches from a machine. A minor league rehab assignment is likely to follow.