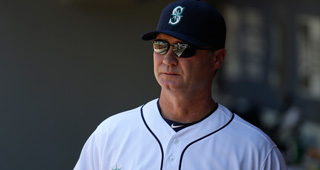 The Seattle Mariners and the Los Angeles Angels engaged in a lengthy full-team brawl in the second inning Sunday after tensions over two days of inside pitches boiled over.

Seattle's Jesse Winker was hit by the first pitch of the second inning by Angels opener Andrew Wantz, who had also thrown a pitch behind the head of the Mariners' No. 2 hitter, Julio Rodriguez, in the first inning.

Six players and both managers were ejected after the brawl, which resulted in a delay of approximately 18 minutes.