Emotional Freddie Freeman Gets Ring, Ovations In Return To Atlanta 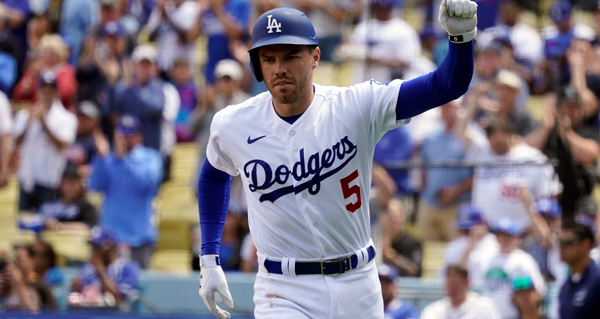 Freddie Freeman walked into the interview room at Truist Park on Friday afternoon and couldn't contain his emotions. He took a deep breath, turned away from the cameras, crossed his hands above his head and walked out. "Gimme a second," he said. "Hold on."

A few minutes later, Freeman returned and did his best to navigate an emotionally charged interview that marked his return to the place he still adores. Through quivered speech, shaky hands and welling eyes, Freeman -- a lifelong member of the Braves until signing a six-year, $162 million free-agent contract with the Dodgers on March 17 -- did his best to express what this city and those fans and that team still mean to him.