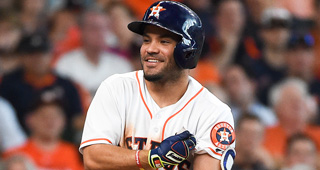 The Astros are headed to the World Series for the third time in five years after yet another pitching gem, beating the Red Sox 5-0 in Game 6 of the American League Championship Series on Friday night.

Houston won the final three games of the best-of-seven series to clinch it.