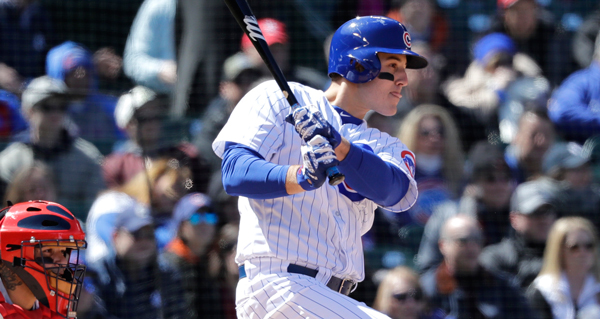 Anthony Rizzo said he understands the controversy surrounding his decision not to get the COVID-19 vaccine, but explained that he is "taking some more time to see the data in all of it."

The Chicago Cubs are one of eight teams in Major League Baseball who haven't reached the 85% vaccination threshold, which would allow for a loosening of restrictions. They're still required to wear masks in the dugout and need permission to leave their hotel on the road.

Rizzo, 31, is a cancer survivor who meets regularly with young cancer patients, though that has been on hold during the pandemic. He said he knows his decision not to get the vaccine has drawn strong reactions from both sides of the debate, adding that he's "definitely not against getting it."

"I love my teammates and love this franchise," he said. "This is bigger than baseball. This is a life decision. It weighed hard. It's a decision I made and I stand with, and obviously there are people that are going to hate me and think I'm disgusting. And there are going to be people that side with me, but it's out in the open."