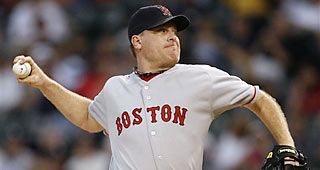 After he didn't receive the required 75% of votes for enshrinement in Cooperstown, Curt Schilling asked to be removed from the writers' ballot next year in a lengthy Facebook post.

"I will not participate in the final year of voting. I am requesting to be removed from the ballot. I'll defer to the veterans committee and men whose opinions actually matter and who are in a position to actually judge a player," Schilling wrote. "I don't think I'm a hall of famer as I've often stated but if former players think I am then I'll accept that with honor."

Hall of Fame board chairman Jane Forbes Clark said in a statement that the board "will consider the request at our next meeting."