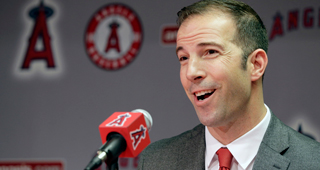 The firing comes with one year left on Eppler's deal. The Angels quietly extended Eppler through the 2021 season over the summer, a source confirmed to ESPN. Eppler, who finished his fifth season with the organization after joining in 2015, was on an expiring contract when the year began.

In a statement, Angels president John Carpino said: "The Angels organization would like to thank Billy for his dedication and work ethic over the last five years. We wish him and his family all the best."