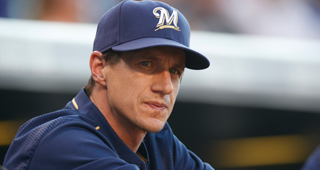 The Milwaukee Brewers have extended Craig Counsell's contract through the 2023 season.

The manager had one year left on his deal.

"Both Craig and I thought this was probably an inevitability at some point," David Stearns said. "It was just a matter of finding a time to work through the details."

Counsell was hired to replace Ron Roenicke a month into the 2015 season.

"You know this job doesn't have much security," Counsel said. "I think we've taken steps to put the franchise in a good place, and that's going to be the job moving forward -- to keep it in a good place and to keep us contenting for playoff appearances and World Series titles. That's our mission going forward, and hopefully with some stability, that helps us do that."