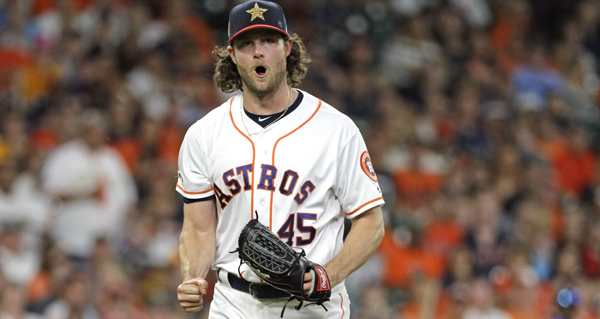 Gerrit Cole dazzled on the mound for the Houston Astros on Monday, a day after Justin Verlander tossed the third no-hitter of his career.

Cole struck out 14 Milwaukee Brewers while allowing one run and three hits over six innings.

“It’s nice to run alongside of him, that’s for sure,” Cole said of Verlander.

According to Elias, the Astros are the first team to have pitchers with at least 14 strikeouts in consecutive games since the mound was moved to 60 feet, 6 inches in 1893.

"Those guys, 1-2 punch, are really tough," AJ Hinch said. "We have a ton of confidence when [Cole is] pitching. We know we're going to be in the game, we know we're going to miss bats. His competitive fire is really second to none. He knows what he’s doing out there and when he's in control of the game, he's completely dominant."