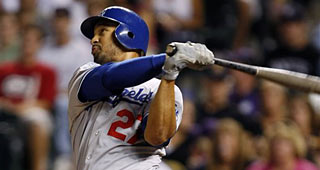 The San Diego Padres and Los Angeles Dodgers have reached an agreement on a trade that would send Matt Kemp and catcher Tim Federowicz to San Diego in exchange for catcher Yasmani Grandal and a pair of pitching prospects, according to sources.

San Diego would also receive roughly $30 million to help offset the cost of the remaining five years and $107 million on Kemp's contract.

The deal, which is pending physicals, is likely to be finalized Thursday. The commissioner's office must approve the deal because of the money involved.