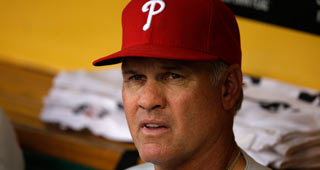 The Philadelphia Phillies have had discussions about moving Cody Asche to the outfield, but following some internal meetings last week they will keep him at third base.

"We've talked about it, but at this stage, he's a third baseman," Ruben Amaro said.

The Phillies would have to move at least one outfielder before they consider Asche in the outfield. Marlon Byrd is the most likely candidate to be traded. They might hold onto Domonic Brown and Ben Revere because they are younger players and the organization is trying to get young.