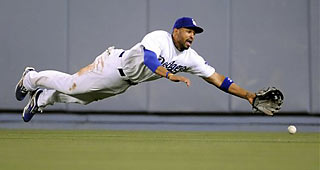 The Boston Red Sox are considering a trade with the Los Angeles Dodgers centered around Jon Lester and Matt Kemp, according to a team source.

L.A.'s interest in Lester, who will be a free agent this offseason, was first reported on Saturday.

The Dodgers have been unwilling to part with outfield prospect Joc Pederson, which has fored them to include Major League outfielders in talks.

Another source, this one from the Dodgers, insists that there have not been significant discussions between the two clubs involving Kemp and/or Lester.