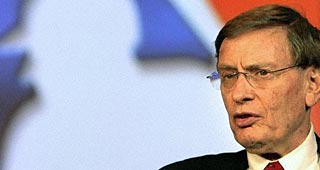 Commissioner Bud Selig, who intends to retire in January 2015, made a farewell-tour stop Friday at Coors Field.

In a wide-ranging interview before the game, Selig suggested baseball has "never been more popular," despite detractors suggesting it is not as popular among younger generations.

"The last 10 years have by far been the greatest attended years ever," Selig said.